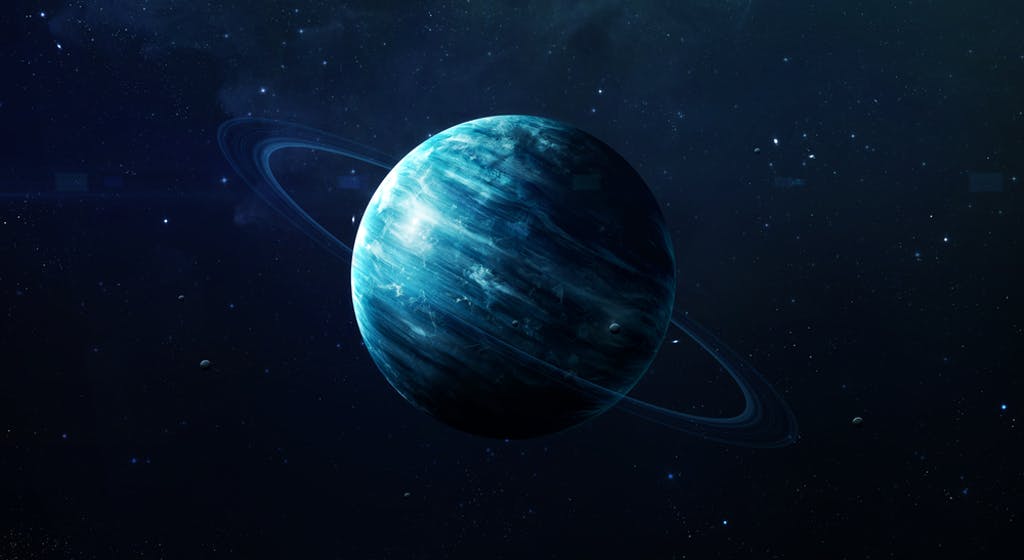 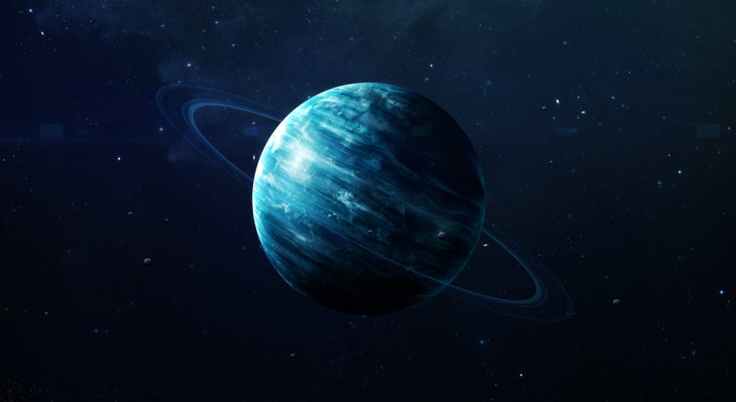 During the time of our Capricorn new moon and partial solar eclipse, Uranus stationed and begins to go direct. Uranus, the 7th planet from the sun, is the Greek God of the Sky, Ouranos. Discovered by William Herschel in 1781, is composed of ice and rock and it is one planet that many do not really pay attention to.  Uranus is the third-largest planetary radius and fourth-largest planetary mass in the Solar System, providing strong energy in our solar system.  Uranus is complex, but just like other gaseous planets, it has a ring system, numerous moons, and a magnetosphere. Giving it a unique configuration, it’s axis rotates sideways and its North and South poles rest where other planets, such as Earth, have their equators. The images from the Voyager 2 mission in 1986 show this interesting planet virtually featureless with visible light and no cloud bands or storms that are typically associated with planets like Uranus.

The energy of Uranus is electric full of change and is associated with originally, technology, discovery, innovation and it is very progressive. He is the instigator of swift change/or shifts an can be quiet rebellious, and in its negative irresponsible. This energy is highly intuitive and can be enlightening, so at this time you could get some new ideas to come to you that can give you that “A-ha!” giving you fresh ideas to move forward with your goals, showing you the best path to go, or even a completely new path to take. uranus likes to stir things up, putting a new spin on things releasing the outdated ways, or thoughts. With our Capricorn energy, this will be heavily influencing our governments and our careers/job, our outward projection, our public life.

With this transition along with the new moon solar eclipse, abrupt shifts and changes can definitely be expected. On a personal level, this could lead to jobs shifts, shifts in your expression to the outside world; even leading into relationships ending and new ones beginning. This energy supports just walking away from the old you and opening the door to the new.

Many will feel this energy, especially fire signs, jolting you forward really placing you into the “getting things done” energy. This can have us in a risk-taking and impatient energy, luckily Saturn in Capricorn will have us to stop and make sure that choice is going to be the best for you. Uranus wants to go forward quickly so this can cause some irritable energy, but it is trying to give you that energy to see things through. Remember, all of this Capricorn energy is looking at things as long-term, so Saturn, Father time, saying Let us use this energy to not to just get us by now, but that which will sustain us for the years to come. We need to not use this energy so quickly, but to allow it to grow and in this growth to expand into something that will support us well into our future.  many people see this as a chaotic time, but this is where creation comes from…bringing the dreams into reality. Being conscious of what is going on will allow you to become the true orchestrator of your life and focus on what you want to create in your life.

Uranus, to me, is welcomed energy at this time as it brings in some new energy that will allow us to make the changes we need to make for our highest good. It will be shocking for some and bring that spark of energy that you so need to pursue your goals. This is the 7th planet, and 7 in numerology is the seeker of the seekers!